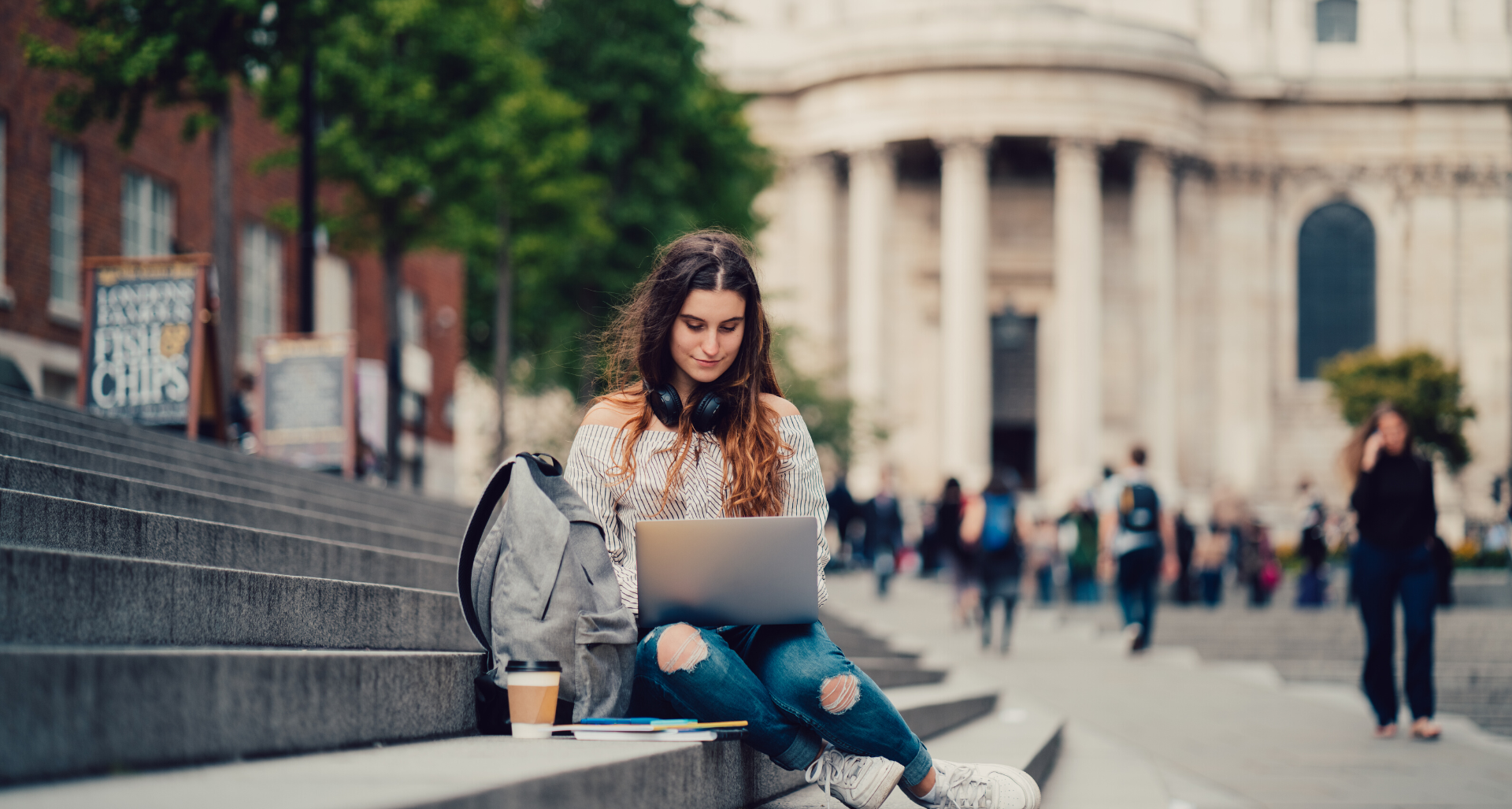 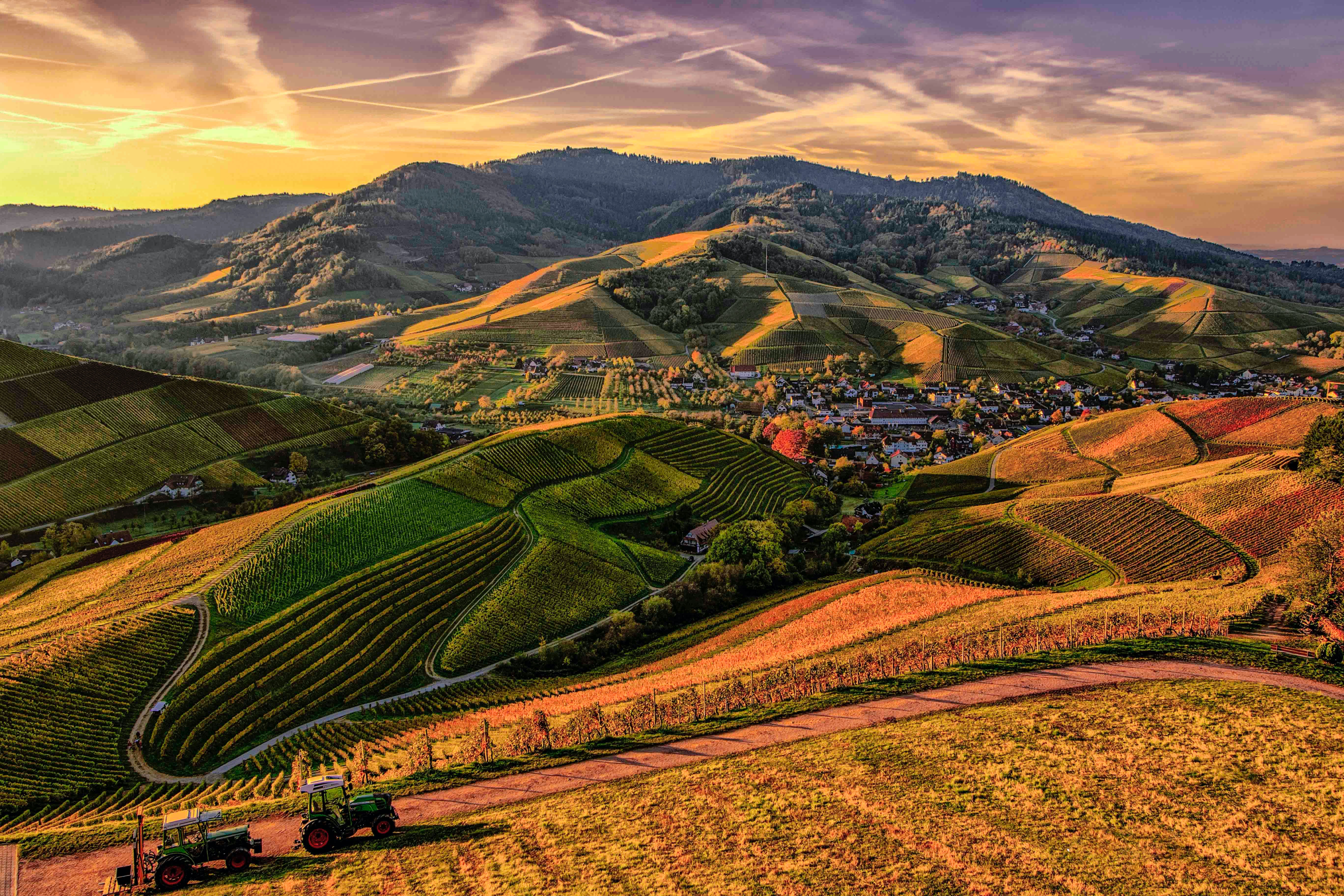 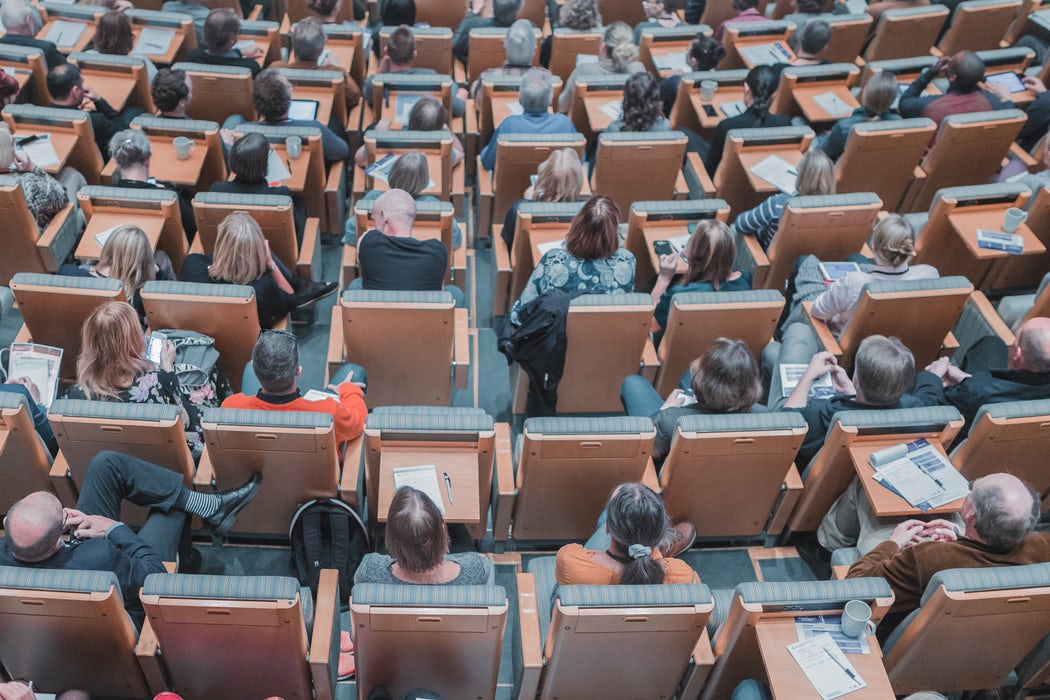 I taught for the first time today. The project entailed showing some underprivileged teens how they could use YouTube and other learning platforms to pick up practical skills that’d hopefully land them good jobs.

Initially, I was nervous about the plan because the kids didn’t know how to surf the web, lest create their own accounts on social media. But to my surprise, they picked it all up in just six hours.

I had so much fun with the bunch that when it was time to say goodbye, I promised to visit again next month, even though it isn’t included in the volunteering project.

As I walked out of the computer lab, one boy walked up to me and said, “Thanks a lot, bhaiyya. You’ve changed my life. I’ve always wanted to learn how to make my own picture (filmmaking). Now I can be a superstar, too!”

His words will stay in my heart forever: “You’ve changed my life.”

Isn’t it amazing how a few hours spent learning something new can change the course of your entire journey? How sharing a bit of your knowledge can give someone the means to move ahead in life?

Education truly is an enriching experience for not just students but teachers as well; and like most of the things in life, you won’t be able to appreciate all the feelings teachers go through unless you take up the role yourself.

Now that I’ve gone through the experience, I can finally understand the kind of hard work that went into every lecture my gurus delivered.

And most importantly, I share their compassion to impart the knowledge that they could’ve easily kept to themselves. So as a homage to these unsung heroes, we’ll be reflecting on the kinds of awesome professors who one meets in university.

This isn’t to say that they’re superhuman or perfect in any way. Sure, they do have their own set of flaws. But these shortcomings only prove that they’re humans like us.

And the very essence of being human lies in our will to keep learning from our mistakes, doesn’t it? On that note, I invite you to join me in celebrating the angels who bless us with the very gift of growth…

Did he tell you about the time when he worked as a secret agent for the President? Or the four years he spent in Tibet, searching for the meaning of life? Or that encounter with an ancient King’s spirit in a haunted village in Rajasthan?

This raconteur always starts and ends every lecture with a mind-blowing personal experience, meshed with philosophical revelations that he has had on his various travel trips.

Gifted with the ability to turn boring theories and concepts into adventurous anecdotes, our magician of words will pull you out of the bland books and take you for a fun ride around the world.

Let me warn you, though- sometimes, the tales can often go on for eternity. You might just have to snap him out of Wonderland yourself. “Sir, but what about the exam syllabus?” You’ll complain.

“Ah, let me tell you about the time when I prepared the wrong syllabus for my board exams…” He’ll continue. We suggest you enjoy the slow-burning suspense while it lasts because our next professor directly cuts to the chase…

Okay, we get it. You’re the world’s most adept genius on the subject. But can you please NOT gallop like Shoaib Akhtar in an Indo-Pak match? I mean, do you even breathe during the lecture?

Because you seem to just drag on from start to end without a single break! Yes, we’ve printed out all your PPT slides and completed the worksheet for today’s chapter (technically, Rohit did it…we just copied).

But if you’ll try to cover so much so fast, you’ll most definitely lose us somewhere down the road. So please DO go gentle into that good night, darling…or we’re just gonna doze off.

That’s the first thought you’ll have when this cutie walks in.

But even after you learn that he was taken long ago *cue dramatic thunder music,* you’ll still hopelessly daydream about getting rescued by our Prince Charming on a shiny horse.

Adorned with a husky voice, a pair of geeky specs, and a sleek shirt that gives away chiseled abs, our hawt nerd will make it extremely hard for you to concentrate on the whiteboard.

But it’s okay if you forget to take notes. You can always walk up to him after the lecture and request for some ‘personal’ help…if you know what I mean

When you guys first met, he cracked a silly little joke on unemployment. But upon seeing your poker face, he admitted that those jokes just don’t work anymore. Ha! Get it? Get it? Unemployment jokes ‘don’t work!’

LMAO, isn’t he one hilarious chap? Well, if you’d like him to boost your GPA, you better pretend like he is!

A devout worshipper of Russell Peters, Vir Das, and Tanmay Bhat, our budding stand-up comic is always looking for opportunities to try out his latest quips in front of helpless students. I

‘d go on to suspect that he plans his entire lecture around that one stupid pun he picked up online.

Hopefully, all the hours spent on YouTube will inspire him to move beyond those stolen Dad jokes and embarrassing innuendos. Until then, you’ll just have to learn to be thankful for getting at least some entertainment in class.

When we were anxiously deciding on what majors to select, she graduated from Harvard with over 50 offers by the biggest companies in the world. When we were shuffling between active and passive voices to reach the word count for our essays, she authored journal articles, bagging international prizes for her work.

Consulting for startups in the Valley, representing social groups at UN summits, sitting on the board of huge lobby associations, writing books about her experiences in the industry, appearing in the local media for her discoveries…the list of her achievements goes on endlessly!

So it’s no surprise that a celebrity-like aura swoops over the lecture hall when she walks in, tapping on cherry-red heels, which are probably worth more than your tuition fees.

All things said and done, you should definitely stand on the shoulders of this smart giant. Maybe you can leverage her networks when its time to circulate the résumé? Or the least you could do is soak in all her experience!

But as you ask for the tiny favor, do hold in the urge to inquire about why she settled for teaching when she could’ve gotten hired anywhere she wanted to?

The answer will almost always be- “Because this is what I love.” And that folks, is a life lesson in itself.

There’s gotta be at least one hothead in every group, eh? He’ll spoil the party, cook up some drama, and hate on the whole damn world. Sans Kohli’s slang but 10x times his rage, our walking-talking volcano is capable of lashing out critiques at virtually every single person on the planet, dead or alive.

True to his reputation as the Devil of the campus, the signboard on his cabin’s door boldly reads “You shall not pass.”

You won’t be allowed you to quit without trying, though, because this boss will keep you on your feet and push you to do your best…although we’re pretty sure that no amount of your efforts will ever be enough.

Just like Arjuna was counseled by Krishna in Mahabharata, this chill fella is our literally our ultimate savior when it comes to passing the semester and saving face in front of our folks.

He lavishly doles out deadline extensions, agrees to take revision lectures for those of us who never bother to attend regular classes, and literally reveals most of the exam questions in the form of pre-test tips.

Yes, the description might seem to read of a mythical creature, but trust us, such Godmen of extreme generosity do exist in the real world; you just need to select the right unit and hope Lady Luck to be on your side.

By now, you should be largely prepared for the types of leaders you’ll learn from in university. But remember, no matter how cool or unlikeable these professors are, you’ve already met the single-most important guru who’ll guide you throughout your life- just take a look in the mirror, boss!

Know that you’re the greatest lesson you can ever pick up. You must constantly learn from your mistakes and experiences, wipe the board clean every night, and start fresh the next day. There’s so much to learn and a whole world to observe- so stay humble; stay sharp. And remember to tell yourself every day- “Ancora Imparo: I am still learning…”

Study in the UK- Courses and Job Opportunities 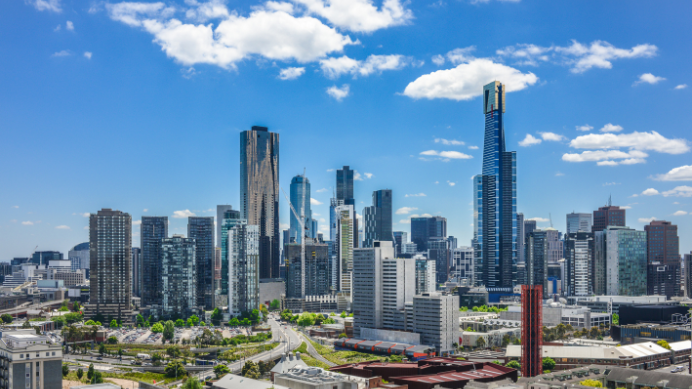 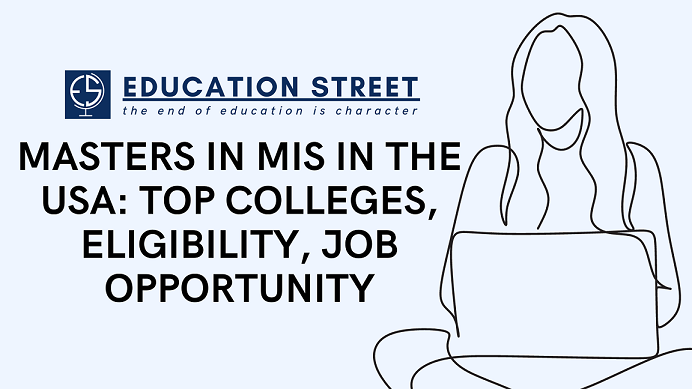 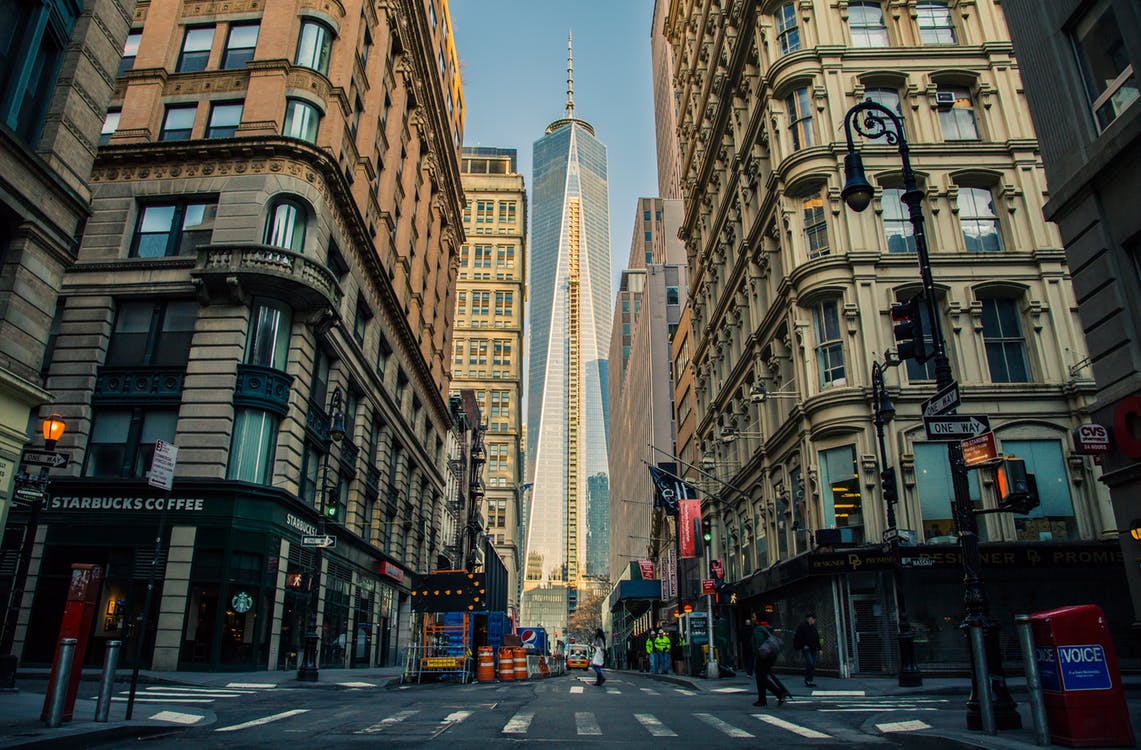 Why You should pursue undergrads in USA 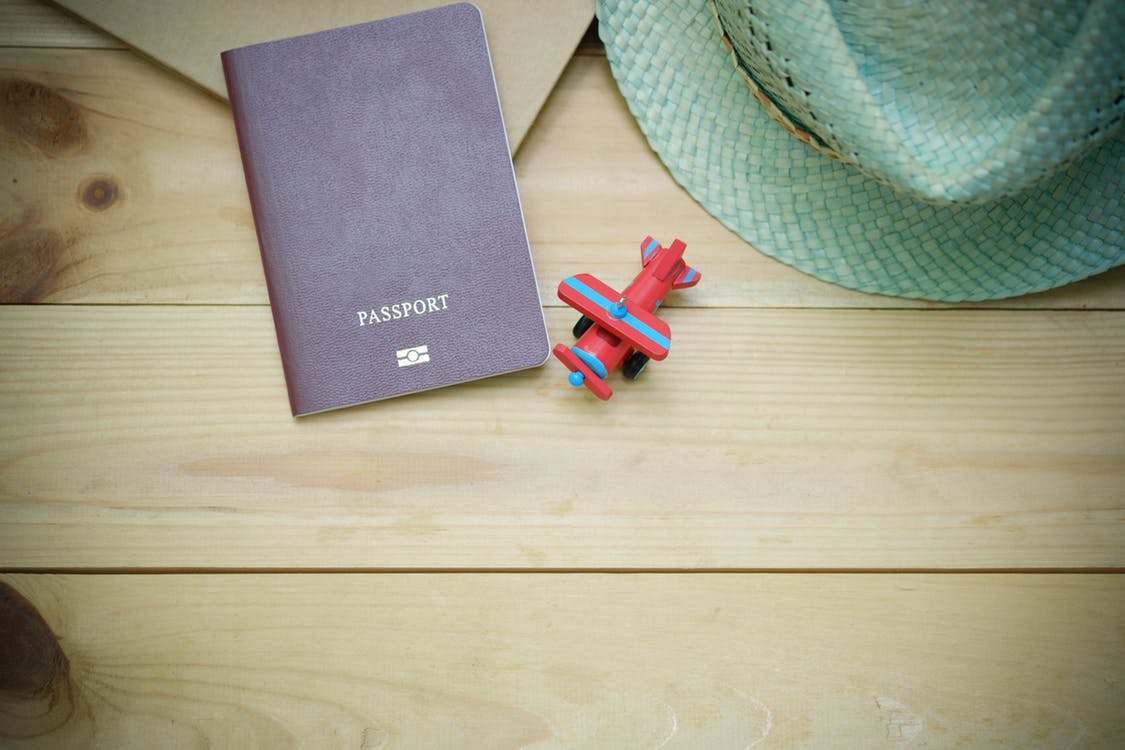 Top 5 reasons why US visas are rejected

Hop on a one-to-one call with our expert consultants.

We’ll try our best to call back within 24 hours!